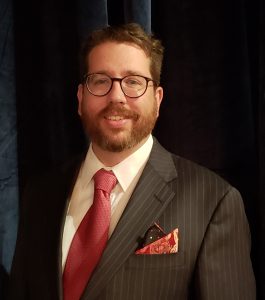 Rabbi Gideon Estes became the head rabbi at Congregation Or Ami in July 2010, and is now in his eleventh year as the congregation’s spiritual leader.

While in Rabbinical School, Rabbi Estes worked as Mashgiach, Kosher supervisor, in the JTS cafeteria under Rabbi Joel Roth, served as the Rabbinic Intern at Congregation Beth El in Fairfield, CT, and served as a Chaplain Intern in the UCLA Medical Center providing spiritual care to both Jewish and non-Jewish patients.   He served as the coordinator of the Interseminary Dialogue, one of the oldest continuous Christian Jewish Dialogues in the country.  Currently, Rabbi Estes is a member of the Rabbinical Assembly and is president of the Houston Rabbinical Association.

To schedule a meeting with Rabbi Estes, please contact the office at (713) 334-4300. You may contact Rabbi Estes at rabbi.estes@gmail.com.